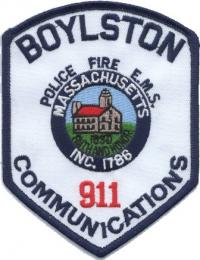 One of the largest and most diversified systems in the United States, the Massachusetts NG-9-1-1 system is equipped to handle both wireline and wireless communications, as well as up and coming technology, such as Voice Over Internet Protocol.

Under the current NG-9-1-1 system, a citizen of the Commonwealth can dial 911 from anywhere and be connected to one of the 270 Public Safety Answering Points established in the State.  The E-9-1-1 wireline system provides the Telecommunicator with information such as a callback number and address of the telephone used to make the call, along with a list of emergency agencies used for service - police, fire and ambulance.  Public Safety Answering Points receive not only the callback number and location of the cell site that received the call, but also the caller's approximate location using advanced mapping technology.

The term "9-1-1" is often associated with rapid emergency response, poise under pressure, aid and compassion in time of distress, and critical decision-making within seconds.  Many people do not stop to think about these seemingly nameless, faceless individuals until they experience an actual emergency themselves.   These are the professionals who make the difference between life and death in many instances. 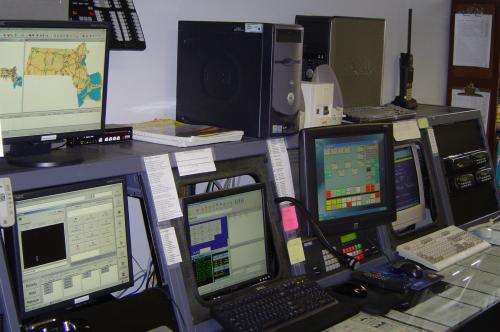 Our state of the art Communications Center is manned 24 hours a day, 7 days a week by a Civilian Public Safety Dispatcher.  From our Communications Console, we can communicate with the Police, Fire, EMS, Highway and Light Departments, along with mutual aid Police and Fire Departments.  The Public Safety Dispatchers are also responsible for querying and entering information into the state's Criminal Justice Information Systems, as well as the in-house police server computer system.  All of Boylston's 911 emergency and police business calls, come through the Dispatch office.